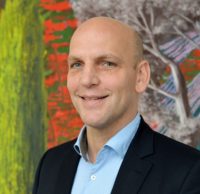 e, Germany ahead of his Key Note lecture at the 2019 Catalysis in the Pharmaceutical and Fine Chemical Industry Conference, in Lucerne, Switzerland. Ben will talk about “how we have designed and developed a novel class of extremely reactive chiral Lewis acid catalysts that have a fundamentally different mode of activation. The potential of this catalyst class is nothing but spectacular as you will see in my talk!”

John Studley (JS): What are the main challenges in your organocatalysis research? What will be the state of the art in 10 years? 100 years?

Some of these challenges will clearly be solved within the coming 10 years. Who knows what will happen in a 100 years…

JS: Do you believe that organocatalysis could ever completely replace transition metal processes?

BL: I think there are metal catalyzed processes that would be extremely challenging if not impossible for organocatalysis to replace. Consider for example olefin metathesis, certain very popular Pd-catalyzed cross couplings, hydroformylations and asymmetric hydrogenation reactions. However, I would argue that new and potentially simpler disconnections are now enabled with organocatalysis. In academic asymmetric synthesis, organocatalysis is now the number one. My expectation is that more and more, this will also translate into industrial processes. And yes, it is possible that some transition metal catalyzed processes will be replaced with organocatalysis, but not necessarily in a one to one exchange of catalysts but rather by enabling alternative routes.

JS: What are your views on the sustainability of transition metal catalyzed processes?

BL: As an organocatalysis scientist, I don’t think that my views are particularly relevant to this question. I have heard that Palladium is an “endangered element” but who knows if there are not as of yet unidentified resources. I still like the current move towards more abundantly available metals such as iron and nickel, even though toxicity and the requirement by drug agencies for the removal of metal traces can still be an issue.

JS: A common question relating to organocatalysis how can we increase potency and reduce catalyst loading? What are your thoughts on this?

BL: In contrast to the perhaps still pervading perception, I have to say that organic catalysts are not inherently less reactive than transition metal catalysts. In fact, just last year we have published a paper in which we report the lowest catalyst loadings ever used in any chemically catalyzed asymmetric carbon carbon bond forming reaction. We are approaching the parts per billion area now! On the other hand, with catalysts such as proline, which are non-toxic or even edible, I would argue that the catalyst loading is rather irrelevant. Still we should always aim at improving our catalysts – and this is currently one important line of research in my laboratory.

JS: Organic photocatalysis is an exciting new area that has seen rapid development in a relatively short timeframe, how do you see this field developing?

BL: I think this is a very exciting area of great potential. Perhaps some real and important problems could be solved by using light and catalysis.

JS:  Photosynthesis is believed to exploit quantum effects to drive its exquisite efficiency. Do you think this is something that could one day be harnessed in fundamental catalyst design?

BL: I would say that catalysis fundamentally is a quantum mechanical phenomenon.

JS:  The Nobel prize was jointly awarded last year to Frances Arnold for biocatalytic engineering – what do you think the next decade holds in this area? Have you ever met Prof. Arnold and if so do you have any stories or anecdotes you are able to share?

BL: Directed evolution of protein catalyst is a very exciting area. I expect the greatest things from this field in the coming years. Actually, I am somewhat frightened that biocatalysis will replace a lot of what we do right now. I know Frances Arnold well and admire her very much. I remember, when I met her the first time at the Bürgenstock, she responded to my question if she really was an engineer: “yes, I am a chemical engineer, but one that is as good as it gets!” She has been totally right.

JS:  We are looking forward to presentation “a truly powerful, scalable and general approach to asymmetric Lewis acid catalysis” – can you tell us a little more about what to expect?

BL: Well, Lewis acids are nothing new but I would argue that they are the most general catalyst class there is! They are extremely powerful, utilized on a multi million ton scale, and it is not unlikely that the majority of all catalyzable transformations can be catalyzed by Lewis acids. However, enantioselective Lewis acid catalysis lags behind. We have now designed and developed a novel class of extremely reactive chiral Lewis acid catalysts that have a fundamentally different mode of activation. The potential of this catalyst class is nothing but spectacular as you will see in my talk! [Ben will present this work in Lucerne, Switzerland | 14th & 15th May 2019 – More Info.

JS:  What do you think is the most efficient Industrial catalytic process? If you had to re-design it what would you do differently?

BL: I’m not sure what the most efficient industrial process is but I know which is the most important one: it is the Haber-Bosch ammonia synthesis. Life on earth for so many humans is only possible because of this reaction. I wish I could develop a truly efficient and mild version!

JS:  What do you think are the greatest challenges in synthetic organic chemistry?

BL: How about making fuel from carbon dioxide and sunlight? Or the reaction mentioned above? Or to make biodegradable plastic?

JS: What / who inspired you to study chemistry?

JS:  What do you think of Brexit?

Ben List was talking to John Studley, Science Director at Scientific Update. For more information on Scientific Update or on the conference that Ben will be presenting his work, please contact John: