Written By Dr Claire Francis on 27th May 2022. General

Last weekend, I attended a celebration party for my PhD supervisor Professor Nicholas J. Turner on the occasion of him being elected as a Fellow of the Royal Society. This is a prestigious accolade only bestowed upon a few very worthy scientists including 85 Nobel laureates. Nick was elected as FRS in 2020 but due to the pandemic the celebration had to be postponed. However, it finally took place at Manchester Hall on Saturday, May 21st and was attended by 150 of Nick’s students and their families from both past and present positions.

Nick gave a very humble speech during the event, where he thanked all his students for their contributions to his success. He also commented on the amazing network and reach of his research group. An accolade to his legacy was how many of his previous students travelled to attend this event, from his first student Matthew Webberley (1987) who is now Associate Director, SK Biotech in Ireland and James Winterman (1992) who travelled from Phoenix where he is VP, Scientific Marketing at Caris Life Sciences to name just two of the amazing alumni of the Turner Group who have gone on to have successful careers. This event highlighted the importance of networks as during one evening I was reconnected with 15 of my peers, many of whom I have not seen for nearly 30 years. We all have shared experiences but have gone on different career paths but with a lot of synergy and cross over. Many of us have reconnected on LinkedIn and hope to keep in touch and support one another. I would urge you all to keep in touch with your colleagues both past and present as you never know when these connections can be of value. 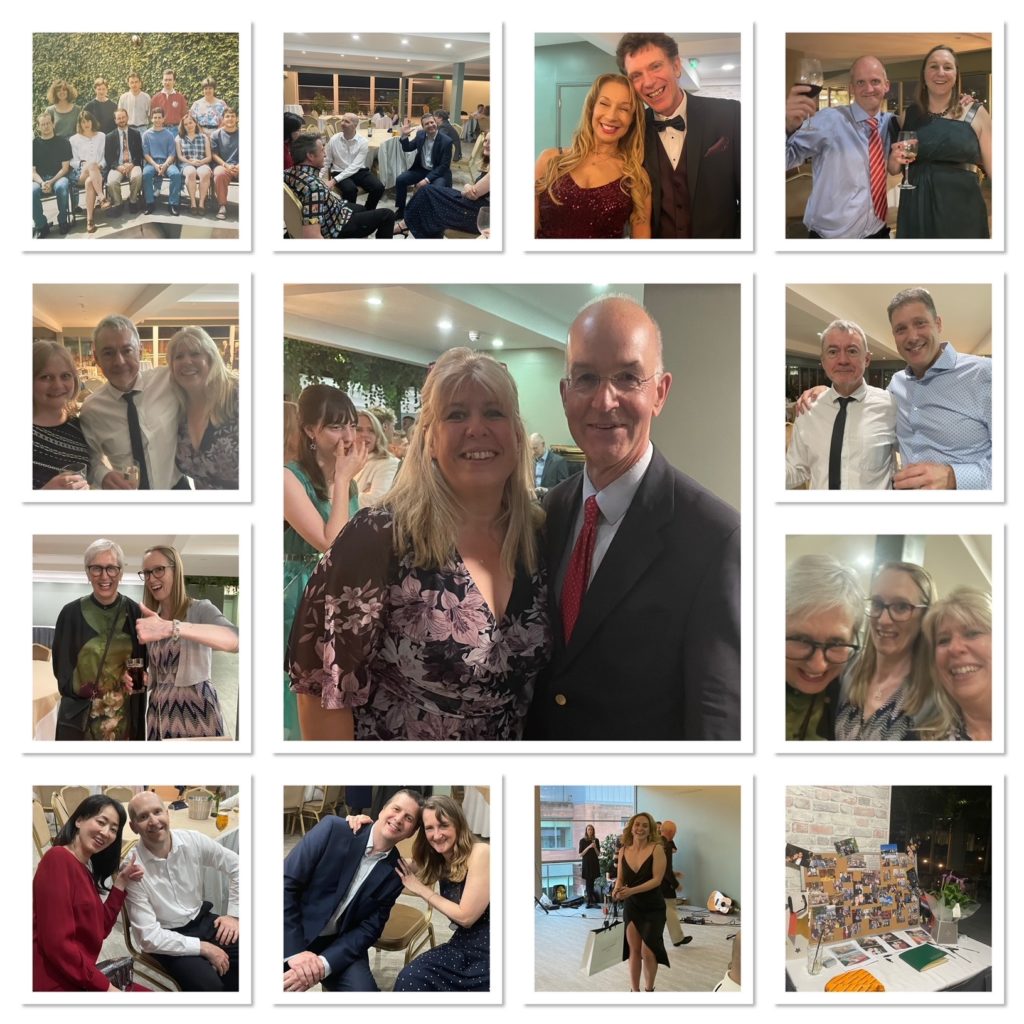 I hope it won’t be another 30 years before we all get together again. Congratulations again to Nick for his FRS and achievements in the field of biocatalysis and thanks for organising a party to enable so many of us to reconnect.

Nick started his academic career at Exeter University in 1987 after gaining his DPhil with Professor Jack Baldwin at Oxford and a post-doc with Professor George Whitesides at Harvard. In 1995, he moved to Edinburgh initially as a Reader and then became Professor in 1998. In 2004, he moved to Manchester University as Professor of Chemical Biology and Director of CoEBio3. During his 30 years in the biocatalysis field he has been awarded numerous awards and co-founded Ingenza Ltd. In 2020, he was elected as a Fellow of the Royal Society.