Our Sadness on the Passing of Her Majesty The Queen

We are deeply saddened to hear of the passing of Her Majesty The Queen. She has been a constant in our lives and the only monarch we have known.  We would like to thank her for her dedicated service to her country and the Commonwealth for 70 years and send our heartfelt condolences to all her family at this very sad time. 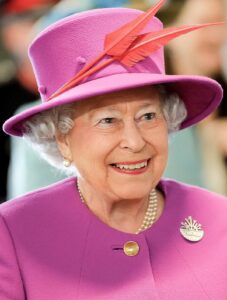 In 2002, Scientific Update were awarded the Queen’s Award for International Trade and were invited to Buckingham Palace to meet the Queen and other members of the royal family to celebrate this accolade. Trevor Laird, Scientific Update’s founder had to choose 2 people to join him at the palace and I was delighted to be one of them, alongside his secretary Cheryl Bode. The three of us travelled up to London with our usual taxi driver Malcolm, who was thrilled to be asked to drive into the palace grounds. We went through the gates into the central courtyard and alighted by an entrance stairway into the palace. Our first port of call were the Palace restrooms, mainly to be nosey (we were not disappointed) but also due to the nervousness and anticipation of the occasion.  There was an excitement amongst all the winners while we waited in the beautiful hallways and galleries of the palace. We were gently ushered through a series of state rooms, where I was expecting to be briefed on how you address Her Majesty and the protocols for the evening but then suddenly I saw her with Prince Philip by her side, welcoming everyone. I panicked, what do I say, should I curtsy? So I positioned myself behind Trevor and Cheryl – “you go first”!! It was all a bit surreal, I followed the line of celebrants, met the Queen and Prince Philip, curtseyed and then congregated for drinks in a large reception room. She was so much smaller than I imagined but her smile was huge and her welcome genuine. She was suffering with knee problems, so retired early but we had the pleasure of meeting and chatting to Prince Philip, who regaled us with stories of how he sneaked out the back of Buckingham Palace and ordered a Metro Cab to get out and about.

I feel so privileged to have personally met such an amazing woman and have such fond memories. Maybe one day, we will be fortunate enough to be awarded the King’s Award for International Trade and make new memories with King Charles III, with whom we send our thoughts and prayers during this difficult time.

Your Majesty, may you rest in peace.