Antibiotics, synthetic organic chemistry and the war against the microbes:

One of the first encounters I had with complex structures and challenging organic synthesis was a course I took on the synthesis of antibiotics as an undergraduate chemist at Bath university almost thirty years ago. These molecules and I had had a love hate relationship for much of my early childhood, having consumed what must have been litres of banana-flavoured amoxycillin for recurring chest infections and later, as a teenager, fat, red tetracycline tablets for acne. Not to mention the odd ad hoc consumption of this or that for cuts, coughs and sneezes over the years. The course talked about how antibiotics were discovered, how they worked, how and why they were modified and, perhaps most importantly, how precarious their future could be without ongoing innovation and development due to emerging bacterial resistance. I remember thinking I probably wouldn’t have been sat there without having taken that horrible tasting liquid.  It was at that point in my career that I decided I wanted to learn how to make these molecules and find better and more efficient tools to do so.

Synthetic chemistry has been at the vanguard of the ongoing battle against pathogenic bacteria since the beginning of the twentieth century and some of the most elegant and complex organic synthesis has been carried out in antibacterial drug discovery.[1] Antibiotics have transformed the lives and increased the life expectancy of countless millions of human beings. Paradoxically, since the ‘golden era’ in the 1950’s and 60’s, there has been a gradual decline in research and development of new antibiotics, despite ongoing stark warnings from the World Health Organization and the emergence of highly resistant strains of bacteria for which there are few or no available front-line treatments. 70% of pathogenic bacteria have developed resistance to at least one available antibiotic on the market today.[2] 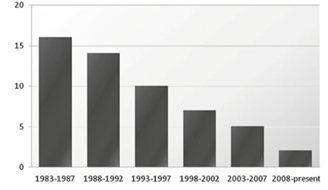 Over the coming months we will follow the synthetic history of these amazing molecules and highlight some of the chemistry and synthetic challenges that have attached some of the most talented groups in industry and academia.