Xenon- the light at the end of the tunnel

Xenon, from the Greek for ‘stranger’ is a colourless, odourless group 18 noble gas. Discovered in 1898 in London by William Ramsay, xenon is produced commercially by the fractional distillation of liquid air and is isolated as a by-product of the cryogenic production of oxygen and nitrogen. The concentration in the atmosphere is around 90 ppb. 50-60 tonnes are produced annually, with the major applications being satellite propulsion (around 10% of global supply) and semiconductor manufacturing. In addition the gas is used for lighting, plasma displays and lasers (Figure 1). Slightly more esoteric applications include dark matter research and anaesthesia.1 Global demand is steadily increasing however supply is not currently a concern: atmospheric reserves are in excess of 2 billion tonnes. 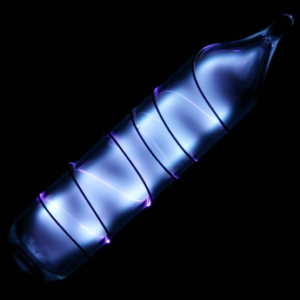 Figure 1: Xenon is used in lighting and plasm displays

Though this might sound like a plentiful supply its actually significantly less than there should be. Analysis of meteorite material from the early solar system suggest that xenon levels in our atmosphere are far lower than expected, in particular when compared to other group 18 noble gases such as argon and krypton.2 Historically it was believed that the xenon may have been lost into space. However this doesn’t really explain why the lighter nobel gases are more abundant. Another theory was that xenon became trapped in minerals below the surface of the Earth, an idea that again was doubtful to many people because of its lack of chemical reactivity. Substantial evidence for this idea was published by a group led by Sergey Britvin from Saint-Petersburg State University. They demonstrated that xenon can become incorporated into perovskite minerals, particularly at the temperatures and pressures of the upper mantle layer. Figure 2 shows the atomic structure of a xenon-bearing perovskite in which the Xe atom is associated with Na.3 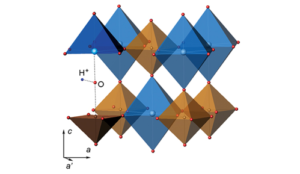 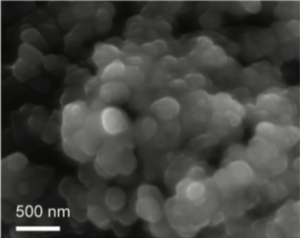 Figure 2: Xenon (blue) and sodium (brown) in a perovskite crystal (shown on the right)

Xenon’s high polarizability (the highest of any of the noble gases- 4.0 compared to 0.2 for Helium) leads to binding via van der Waals forces with high affinity for hydrophobic cavities in proteins (enzymes and receptors) making it useful in a medical setting as an anaesthetic, in which it is currently marketed (since 2007) as LENOXeTM, and as a neuroprotective agent.5 Since it is non-toxic, non-reactive and environmentally benign xenon is probably as close to the ideal anaesthetic as one could get. The cost is still relatively high however (around $300 for 2hr administration v’s $10 for a standard volatile anaesthetic). The complex cost/benefit analysis will continue to play out over time.6 Xenon is a competitive inhibitor of the serotonin 5-HT3 receptor. While neither anesthetic nor antinociceptive in effect, this reduces anesthesia-emergent nausea and vomiting observed with other volatile anaesthetics.

Both the anaesthetic and neuroprotective effects are driven through antagonistic binding of xenon to the ionotropic NMDA (glutamatergicN-methyl-D-aspartate) glycine receptor site through an interaction with Phe-758, competitively blocking it. This essentially inhibits glutamate mediated overstimulation of the NMDA receptor and prevents downstream cytoplasmic calcium accumulation and cell death. Xenon, in keeping with other general anaesthetics, also causes hypothermic effects that are neuroprotective. In addition to anaesthesia, Xenon has a profound analgesic effect and as such has been mooted as a replacement for Entonox (N2O, nitrous oxide/ air).7

Xenon also has application in medical imaging. 133Xe is a radiopharmaceutical used to image the heart, lungs and brain by means of SPECT (single photon emission computed tomography). Hyperpolarized 129Xe, in combination with MRI (magnetic resonance imaging), facilitates direct visualization of the airspaces of the lung enabling evaluation of pulmonary structure and function.8 Similar imaging of other soft tissues is also applicable.

On a more sinister note, xenon was a major contributor to the worst human disaster in history- the Chernobyl nuclear accident on April 26th 1986. The so called “xenon poisoning” effect of a nuclear fission reaction is a well known phenomenon that originates from the very high neutron absorption rate of 135Xe- a normal fission byproduct.9  135Xe is produced by decay of the common fission product iodine-135 with a half life of 6.7 hrs. This isotope has little effect on the rate of reaction, however 135Xe can significantly reduce the rate of fission and reactor power output. During normal reactor operation an equilibrium is established in which Iodine-135 is produced, decays to 135Xe- which absorbs some of the neutrons- and decays away. When the reactor power output is reduced, as was the case at Chernobyl, the iodine-135 concentration increases and concomitantly 135Xe production increases, however at reduced power the neutron flux is not high enough to burn it away. With a half-life of 9.2 hrs bringing the power back up to re-establish an equilibrium is a slow process. When the operators at Chernobyl tried to increase the reactor power it proved unresponsive. To force the situation they removed all of the control rods, increasing the neutron flux and the 135Xe decayed away. Increasing the power also created voids in the cooling water which increased the reaction rate, tipping the reactor to point where it lurched out of control. The rest, as they say, is history.10

Xenon also holds the record for the first compound made of any of the noble gasses. In June 1962 Neil Bartlett from the University of British Columbia published a seminal paper describing the discovery of a 1:1 compound between xenon and hexafluoroplatinate (XePtF6) (Figure 3).11 Since then, many compounds in the (II) and (VI) oxidation state have been prepared and characterized. Fluorides, oxides and perxenates (XeO64-). Xenon can form covalent bonds to carbon and nitrogen and can co-ordinate metal ions (for example AuXe42+). More recently Xe (IV) compounds have been described, however their strong oxidant properties and redox elimination / disproportionation propensity means they are confined to labs with specialist handling and expertise.12 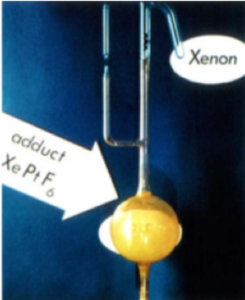 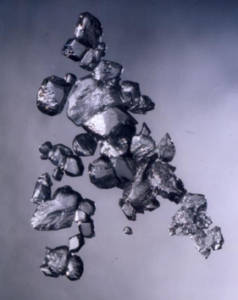 From a synthetic organic chemistry perspective the most useful xenon compound is the difluoride (XeF2), used as a fluorinating reagent. This material is crystalline solid, is commercially available (CAS: 13709-36-9) and does not require any special handling conditions.13a Two distinct reactivity mechanisms drive the chemistry, depending on reaction conditions. A single electron transfer (SET) pathway dominates in the absence of acid catalysis giving products derived from radicals and radical cations. In the presence of a Lewis acid polarization gives a fluoroxenon intermediate (FXe+) which can react with a nucleophile and eliminate xenon and fluoride to give product. The nature of the solvent and, surprisingly, the reaction vessel construction materials have a big effect on the success of the chemistry. Pyrex is sufficiently acidic to promote electrophilic reactions in solvents such as DCM, hexafluorobenzene and CF3Cl. Weakly basic solvents inhibit the reaction. Reaction with trimethylsilane derivatives, for example arylsilanes, is convenient in that the fluoride is trapped by silicon and the xenon is eliminated by off-gassing.13b

Exchange of 18Fluoride with XeF2is facile and can be used to prepare [18F] XeF for incorporation of 18F into molecules for positron emission tomography (PET).14

My own experience with xenon, other than inhaling the trace amounts present in the atmosphere over the last half century, is sadly lacking. My only anecdote is working with a Russian colleague in the late 80’s whose first name was Xenon. As I remember he was somewhat of a nervous disposition, most likely because he spent his days working with fluorine gas. I would like to dedicate this blog post to him.

See you next time!

Xenon by the numbers: