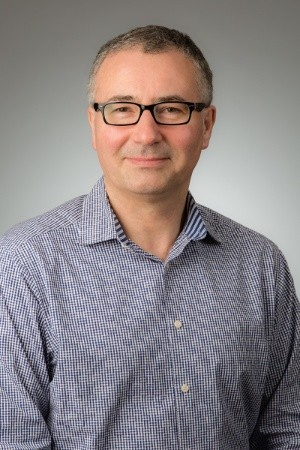 Andy studied Natural Science at King’s College London, followed by a PhD in organic chemistry at The University of Leeds working for Professor Colin Fishwick.  Andy was an SERC/NATO post-doctoral fellow with Professor Barry M. Trost at Stanford University from 1990–92.

After returning to the UK, Andy worked for ICI / Zeneca Pharmaceuticals in the process development department, initially as a senior chemist, followed by two years managing pilot plant operations before heading a chemistry team as Group Leader.

Andy moved to the US in 1999 and has held positions of increasing seniority at AMRI, Schering-Plough, Vertex and Concert Pharmaceuticals – where he was most recently Vice President of Pharmaceutical Development.   During his career, Andy has contributed to the development of several approved drugs including boceprevir, telaprevir and ivacaftor.

In 2018, Andy joined Scientific Update as an Associate Tutor to help update and deliver training on Chemical Development & Scale Up topics.